The others needs to be used from your task instead. In our AudioPlayer class we can hook up to the MediaEnded event.

Here we can find the next song to play and start playing it. To do this we need to tell the background to start playing a song. When your app is not active but your set up background player is the user can click on the player and expect your app to respond to these events. It can be for example play, pause, next and previous. To do this you need to set up this code in your AudioTask:. 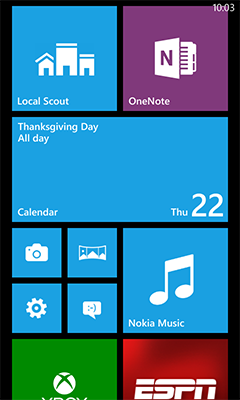 This has to be set up in the foreground to work:. You can now change your app if it is running to correspond to what the background is up to, changing song, pause etc. This was a quick introduction on how to use the BackgroundMediaPlayer. It is a bit of work to get it to work but luckily there is a lot of help. Please look at http: So is it possible to cut the meta-data from the stream and feed BackgroundMediaPlayer with the rest of stream-data?

You probably have to feed the background player a stream source, and handle the downloading yourself.

Fairly straighforward, but of course more work than just feeding and url to it: Hi, thanks for this post. I tried this and it worked fine except that the UVC is not showing. Do you have any idea? Sorry no idea.

Could be bugs. Post in the forum on dev. I figured out that the Windows Runtime Component Portable is the problem. One of the things that really suck with WP 8 is that in Android I can run a few media players, all running in background services, to create a multi channel app using mp3. In WP 8 I can only do this in the foreground and using only one mp3 stream because the classes that support playing a few audio tracks all demand wav files, which bloats my application considerably.

Is there any improvement in WP 8. From any app. Is this possible with the new Windows 10 API? Hi, I have a problem with my music app. Windows 10 mobile app When I play a song. In my last post I had explained you how to play a media file in Windows phone app using Media element control. But when you want to play a continuous audio in the background you may face a problem as you navigate from one page to another as music will stop when you leave the page where the mediaelement control is defined.

To overcome this problem one way is to define the Mediaelement globally. So in this post I shall be explaining you about how to define a global media element in Windows phone application. First create a new blank project GlobalMediaelement. Then add a new page to the application having the name Page1. Now we need to add a Gloabal Media Element to our Application. So Open the page App. Now open the page App.

This code is used to define the Mediaeneded event handler of the Mediaelement which will restart the song as it ends. We assign the list to the media player and add a handler for future playlist item changes. You should be aware that this example demonstrates only how the playlist works with the background media player: MediaPlaybackList is the type of list you would pass into a MediaPlayer. The playlists sample shows how you might load a list of songs from a serialized file, a different kind of list that we show here.

When deserializing from file, you would still need to add each playback item to a MediaPlaybackList in a way similar to the foreach var song in songs statement above. The next code block for message handling addresses the app suspending.

At this point, the app can save the task state. The following Windows Phone image depicts switching from the background audio sample app to play a song from the SD Card in another app. When this happens, the background audio sample suspends and records the track and position at which playback stopped, so it can start playback from the same place when the app is resumed. Be sure to check out the video near the top of this post to see this in action. In the code below, we handle the messages for the app resuming. When the app is resumed, it subscribes to the message channel.

The following code handles messages from the foreground app for starting playback and skipping tracks. Now that you understand how to utilize background audio, you might like to check out the background audio UWP sample on GitHub.


It contains both foreground app and background task sample code, and you can use it as a starting point for your own app. Any information how background audio is working for video? But for phone the normal use of the mediaplayer control seems not enought to keep the audio portion playing while the app is not in the foreground or the phone is locked.

Any information how to allow a video to play in the background if the app is not in the foreground? Is the normal MediaPlayer control the right choice? Great to make that article, when I learned by myself using the example of UWP was really hard. Now a challenge for the team. I was able to make Audiograph work in a background task and works great in desktop but in mobile works disgusting, I challenge to the team to play Audiograph in background in Mobile to hear by yourselves there is a big issue with that.

Anyway I have added this to user voice to be added.

I think audio caches somehow. So how can I clear cache or start to play selected channel from actual time versus first time it was launched? Then launch the app again. Any ideas? The UWP background sample has more the problem. Now, the app can be open, but background task be close.

In the win10 mobile, when the app is playing song, and user remove it from cache app list. The music still be playing. 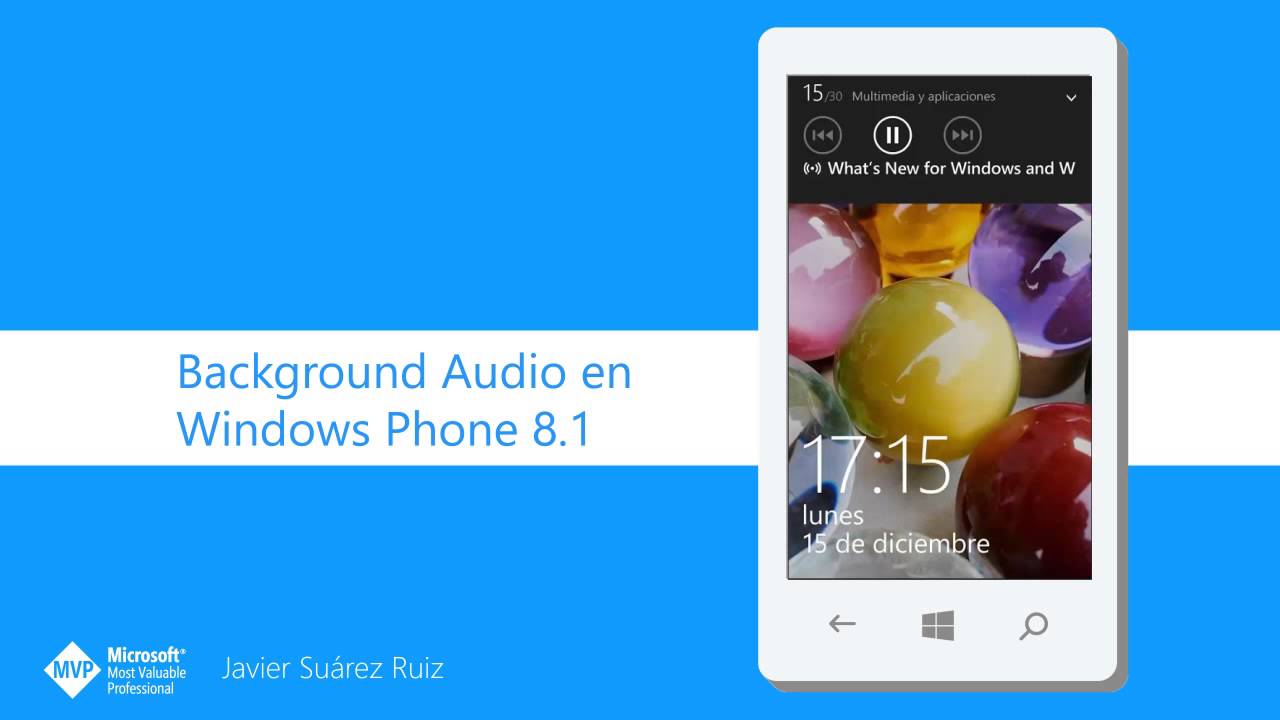 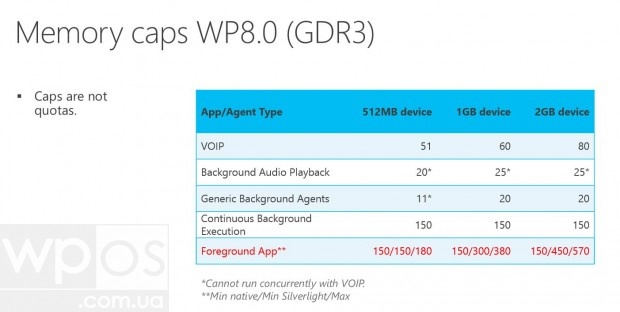 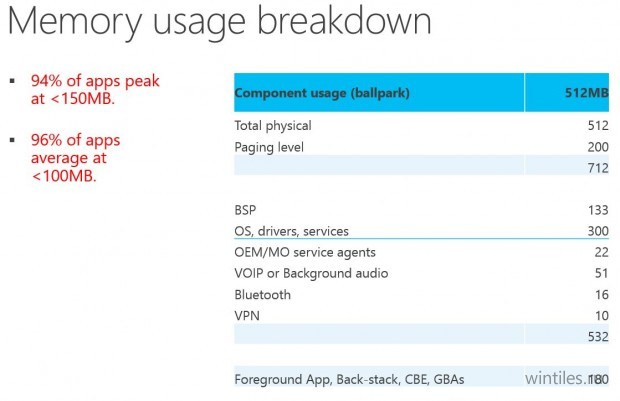 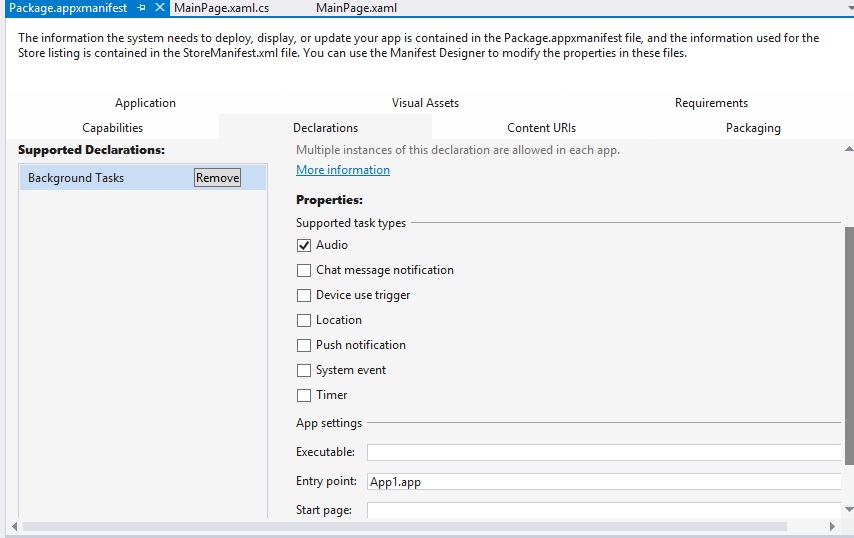